We’ve just got to the end of the project’s first year so here is a roundup of what has been achieved so far and what’s coming up in the next few months.

The conservation work, under the direction of Dr. Mike West, has the aim of restoring natural river processes and improving habitats for a wide range of species from freshwater invertebrates, salmon, sea trout and eels to bats, birds and otters.

Fencing becks to keep livestock out, reducing sediment run-off and bank erosion has got underway. A 55 metre stretch of beck has ready been fenced, with additional crossing and drinking points and another 3,000 metres of fencing is due to be done in the coming weeks.

450 metres of becks have been naturalised through de-culverting works allowing light in and riparian habitat to improve. Over 120 trees have been planted and 20 nest boxes made and put up by members of the community. Barriers to fish/eel passage and migration are being addressed in a variety of ways. 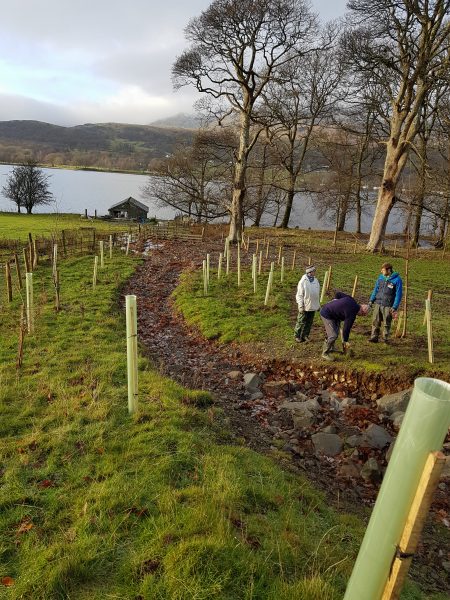 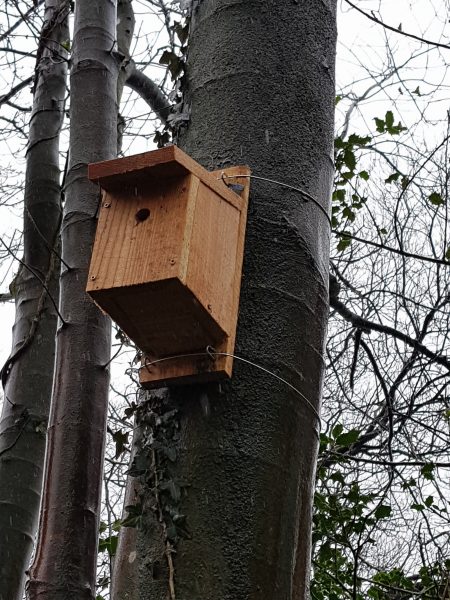 Just under 200 adults and children have attended a variety of activities and events from discovering more about freshwater invertebrates to learning about the importance of wetland habitats and detecting bats at dusk.

Students from John Ruskin High School made some nest boxes and spent a day learning about the importance of a healthy watercourse system from finding freshwater minibeasts. Work with the school will continue with an art project in the autumn.

Penny Bridge Academy have also been learning about freshwater invertebrates and how plastic and other pollution can affect them.

Some volunteers have been trained up to help with monitoring work whilst others have carried out practical conservation work. In total volunteers contributed 105 days’ worth of work to the project in its first year.

So, looking ahead, we’re excited to be working with Jackie Hadwin on an art workshop, using the work produced within the project. Fiona Reeves has also been commissioned for a new illustration for a leaflet which will be out shortly. Plans are also being put together for a couple of special art projects too – more details to follow later in the year. Work is also progressing on a septic tank awareness pack which should be available in the new year to all households and businesses in the catchment.

We’ll be at the shows over the summer so come along and say hello!