After many, many months work has begun on reworking a stretch of  beck which will allow salmon to travel further up the beck for spawning.

The section of beck had been straightened in the past to pass over a weir and supply a mill leat. Over time the condition of the weir deteriorated, making it difficult for salmon to leap over and up to their spawning grounds. Electrofishing surveys over several years recorded fewer salmon and even their absence, in the stretch upstream of the weir, though they were found below. Working with the landowner, the Environment Agency and Cumbria County Council and other interested parties proposals were put forward, discussed, tweaked, costed, tweaked again until a satisfactorily solution for all was reached. 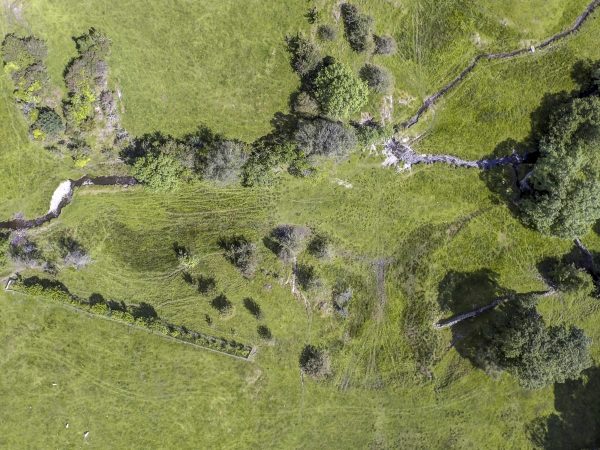 The plan was to dig out a new channel that would in effect follow its original course, known as a paleo channel. Paleo channels can be seen across many areas where rivers and streams used to run and clues to their whereabouts  are often seen such as a darker landscape, growth of rush and sedge and from aerial photos. 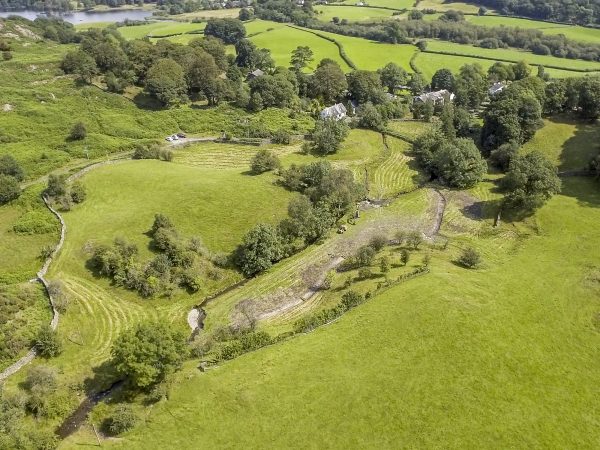 The beck channel has been dug out then washed out to reveal some of the gravels. Temporary bunds have been left in the channel to stop water travelling into the new section and mobilising silt. In-river working rules mean that the beck can’t be connected straight away but will hopefully be done in the coming weeks. This will also allow the ground and banks to stabilise before the water flows along the channel. Work will also start on some sympathetic repairs to the weir along with the installation of a fish screen which should stop any fish and eels travelling down the leat. The mill leat will remain and still fed by the beck as it supplies water to an orchard and water trough in fields downstream. 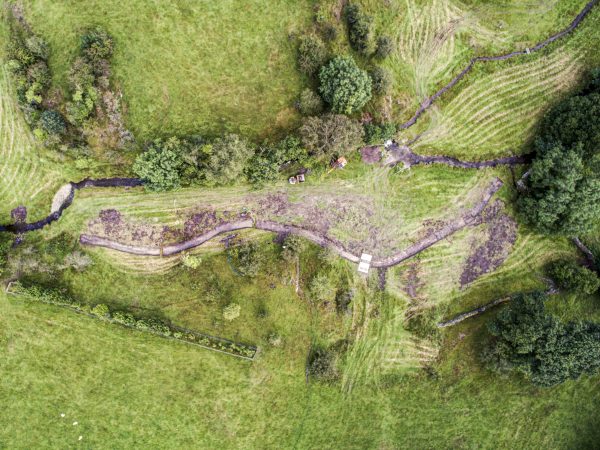 The work will be monitored and during connection sediment traps and pumps will be deployed to reduce the amount of soil and sediment entering the beck. The area around the beck has been reseeded and in the winter trees will be planted to further improve the surrounding habitats.