The project, through the Communities and Engagement Officer, has been working with Penny Bridge Academy in the early part of 2018. Kath was invited to help out with the work of the school’s Eco Group as they had been looking at plastic pollution of the seas. Most plastic pollution in our seas and oceans come from the land, often along our river systems. The Eco Group had done a lot of work on plastic usage and waste, how it got into waterways and wanted to show how much it affected our wildlife so plans were put together to deliver some activities.

The group had already decided to do a litter pick around the school and village, trying to stop litter reaching the River Crake. A follow up assembly was done with the Eco taking part, to explain how rubbish, in particular plastics end up in the rivers and seas and what wildlife it affects. The project was finished off with a special afternoon learning about the importance of freshwater invertebrates (minibeasts) and how they were an indicator of whether a  beck or river was healthy or not. The Eco group went out with Kath and two brilliant volunteers to collect the minibeasts from the River Crake to take back to school. The school hall was then set up to show of the minibeasts. The whole school came to look and learn about the importance of freshwater invertebrates a class at a time, with the Eco group children helping them with id sheets and the biotic index! It was a fantastic afternoon, the Eco group were brilliant and everyone had fun learning about minibeasts. 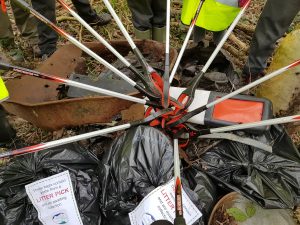 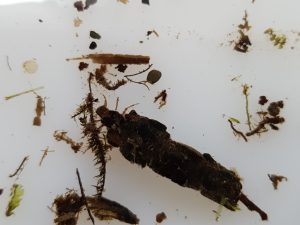 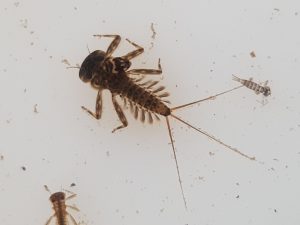